Give us a historical home built in 1926 and we will NOT shy away from a challenge! This month’s feature is just that – an older home that just needed a little kitchen love. The kitchen was originally separated into two different rooms. A breakfast space created room number three, and we had the challenge of putting it all together. After a few smart design choices, we created the perfect kitchen for these homeowners, and we’re excited to share some of the details!

A Dramatic Before and After

Besides integrating three spaces into one elongated room, we had a few other goals to achieve. These homeowners made their own pasta, so a long, uninterrupted counter space was necessary. The island – which we also made as a freestanding, moveable piece – served this purpose, and our overhangs on the side were elongated to allow the pasta maker to clip on. Moveability throughout the space was also top of the list. The moving island helps with this because it can be pushed to one side of the kitchen to create a larger shotgun from the front to the back of the house. The larger opening between the kitchen and dining room also helps with flow.

One thing you WILL find in common though? Yellow! Not only was this a favorite color of the homeowner, but it’s actually a color used on the exterior of the home as well. We’ve named this kitchen “Historical Torchlight” for two reasons, first, because of the age of the home. Second, because of the wall color used in the space! Previously it was a lighter sunshine tone, so we boldened the area with a tint with a little more orange to pack a punch. And the color used? Sherwin Williams 6374 Torchlight, obviously. 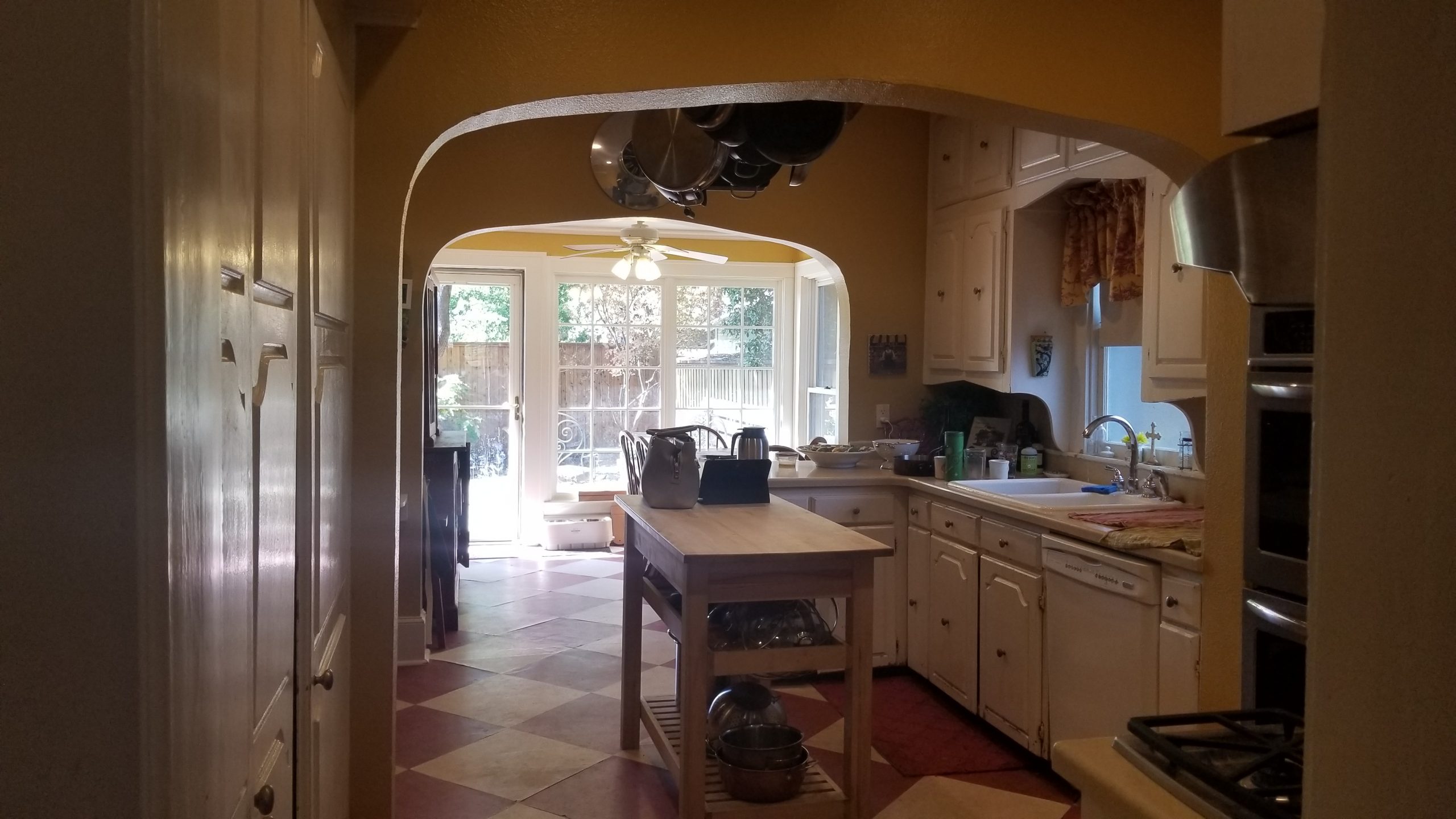 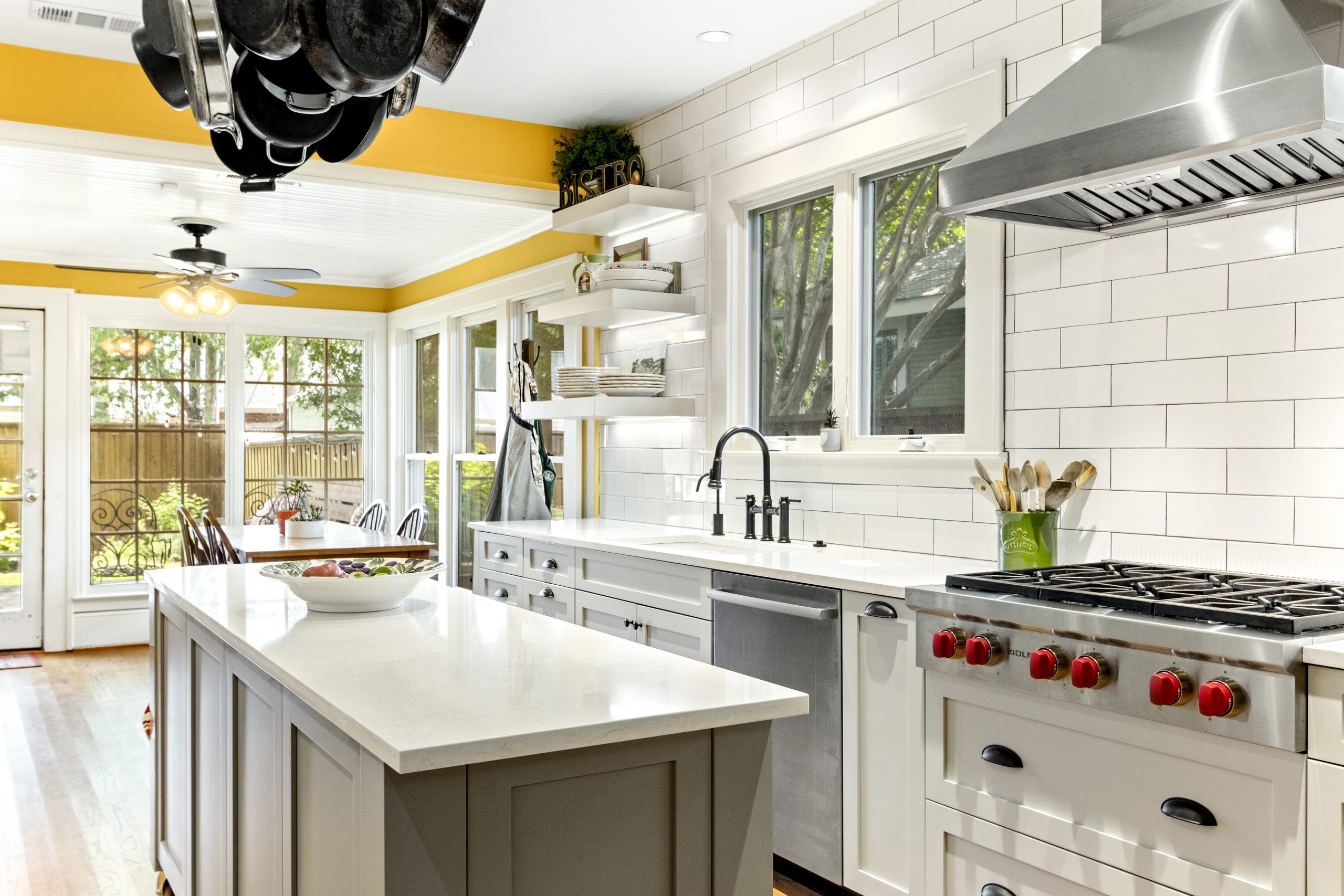 We made a lot of purposeful decisions when it came to the actual materials for this space. Why? Because we wanted to appropriately emulate the style of when the home was built. We also wanted to make it feel historically accurate. This is such an important part of designing – ensuring what you pick still matches the house! Below are our “cheat sheets” for our thought process, and highlighting the materials chosen for the project. 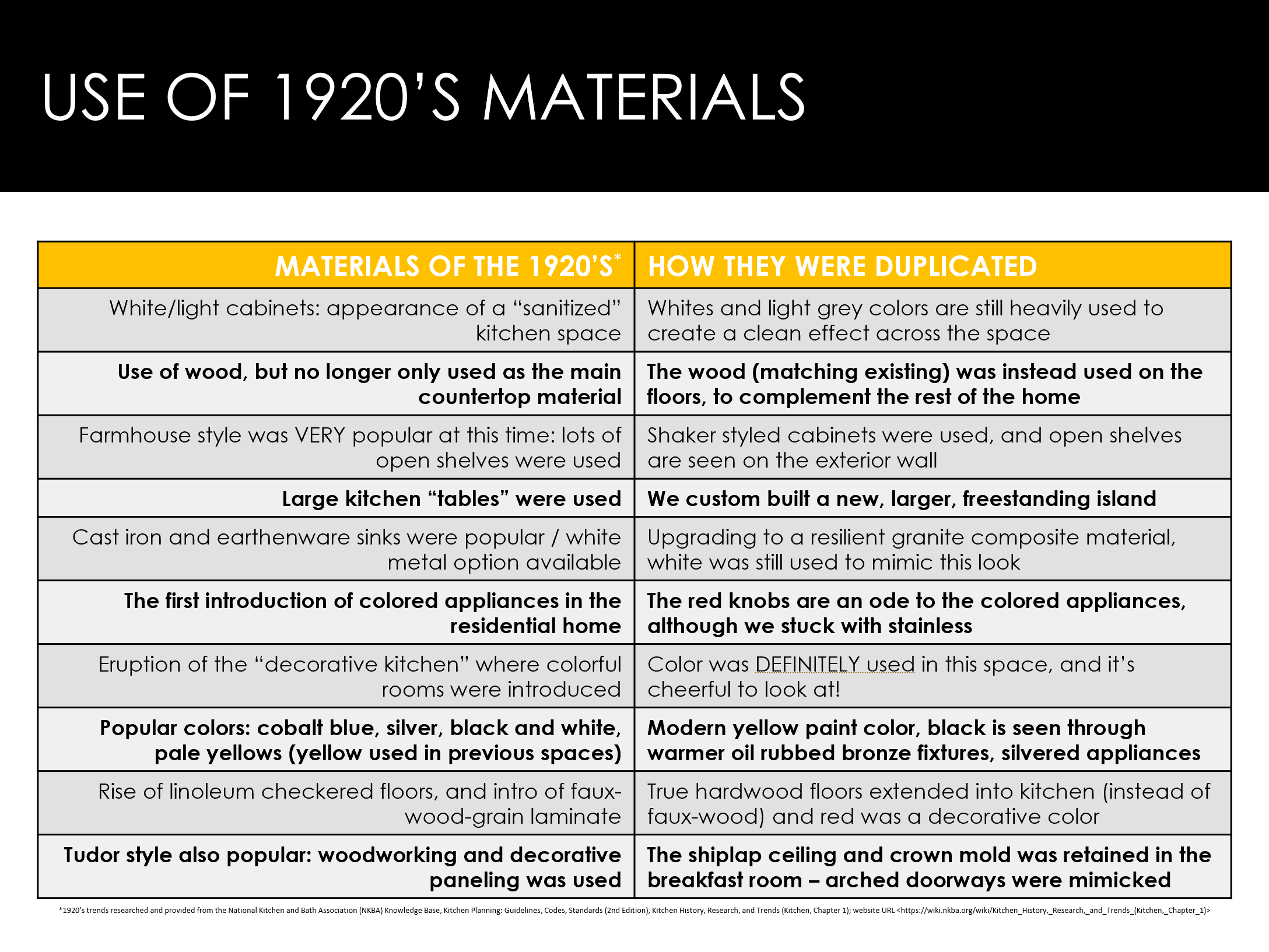 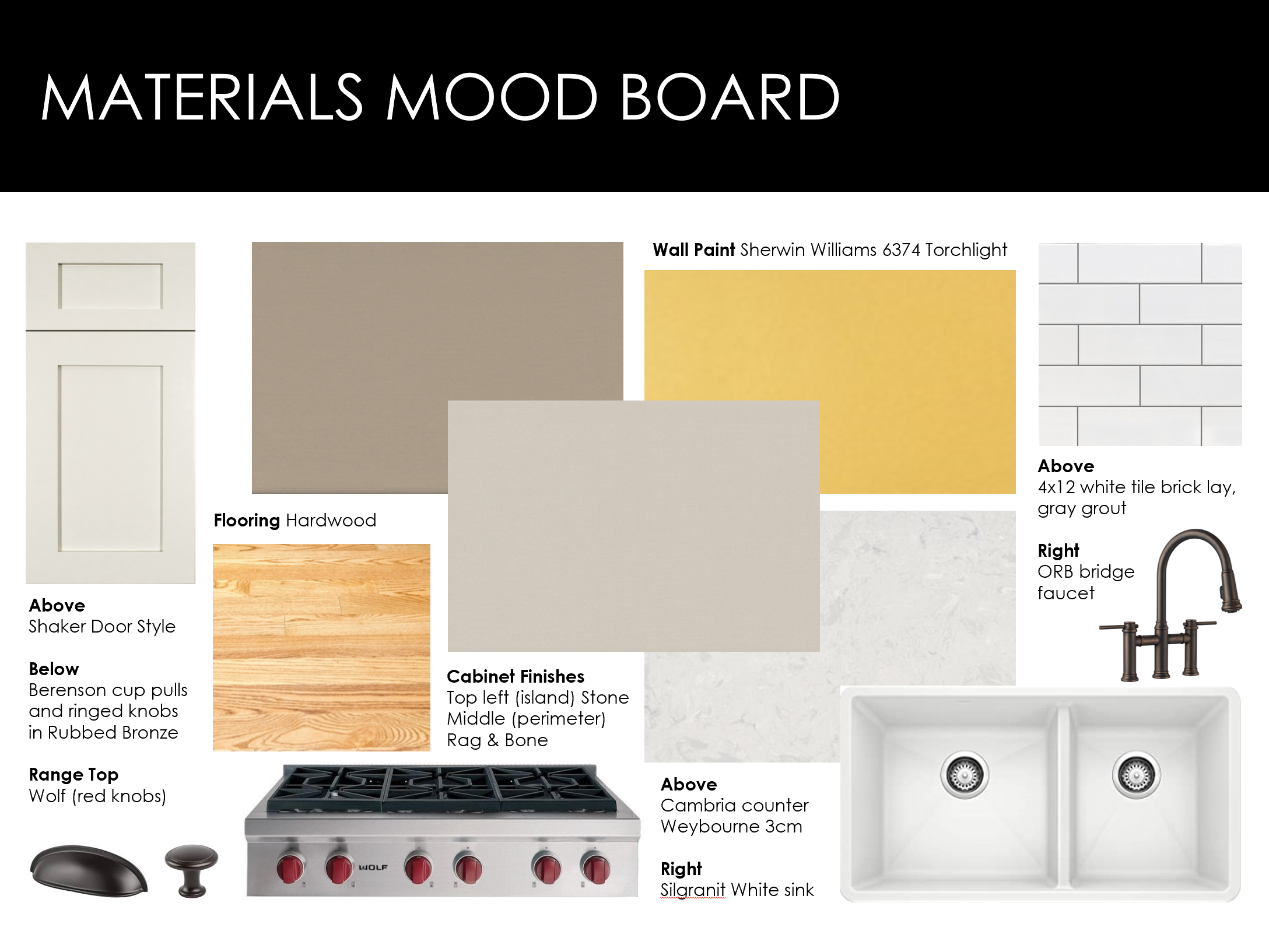 Surprise! But not really. Most remodels come with their own set of challenges, but historical homes tend to increase the opportunity for these. We found a few things that we had to fix along the way. Lead was found in some of the existing cabinets and trim, which meant following lead-safe practices during the demo. Certain areas of the subfloor were unlevel or missing – common in older homes – so we had to install new joists and beams accordingly. And of course, a favorite in historical homes: brick chimneys. In case you didn’t know, a lot of older homes were built with actual wood-burning stoves, so they have brick running from the floor through the ceiling. Since that was where our new tall pantry cabinet was going, that had to be demolished appropriately.

Other than that, we just had fun creating this space and bringing it to life! So, never let a historical home make you feel like you cannot remodel it – you can! It just may need a little extra love and care. 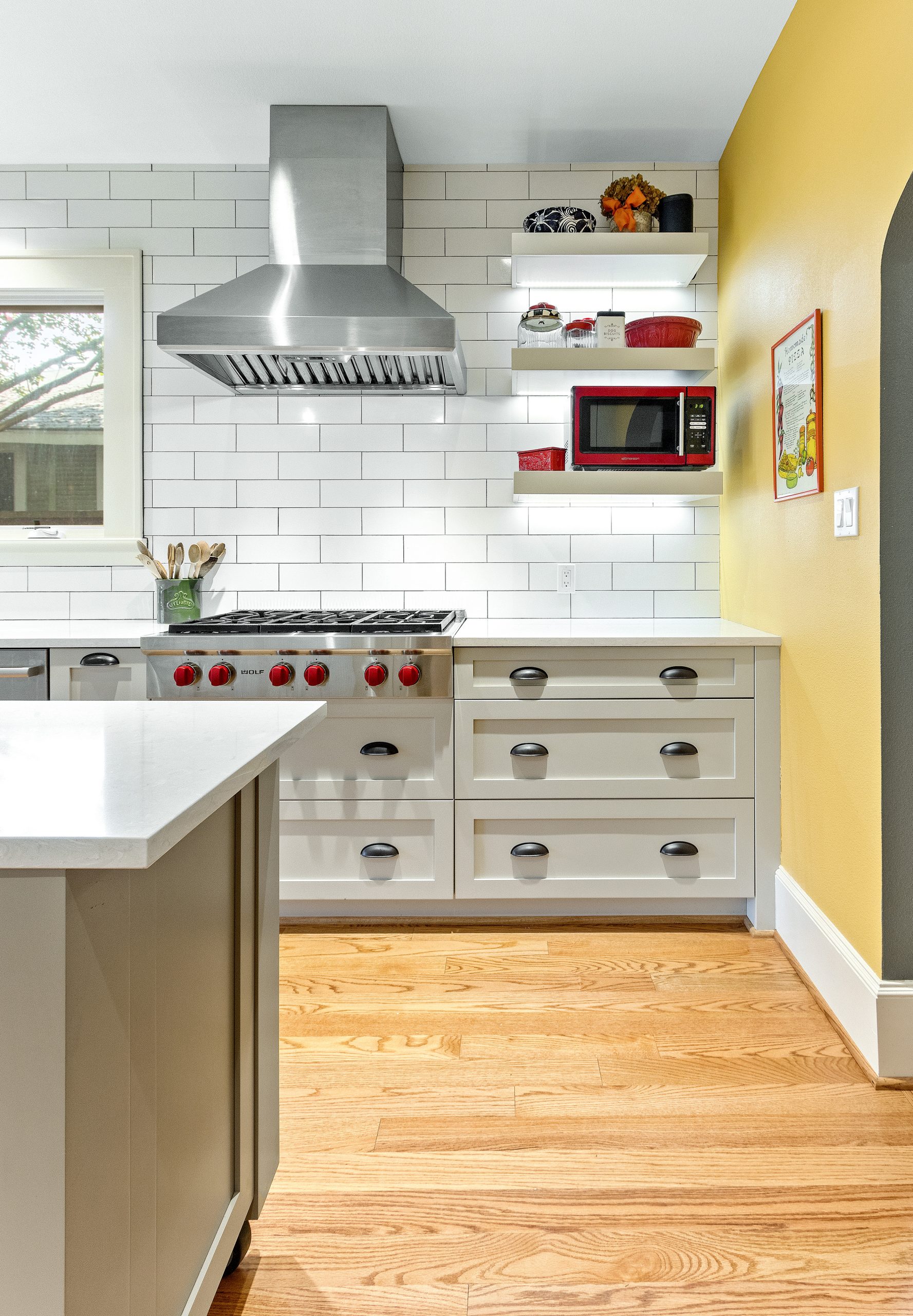 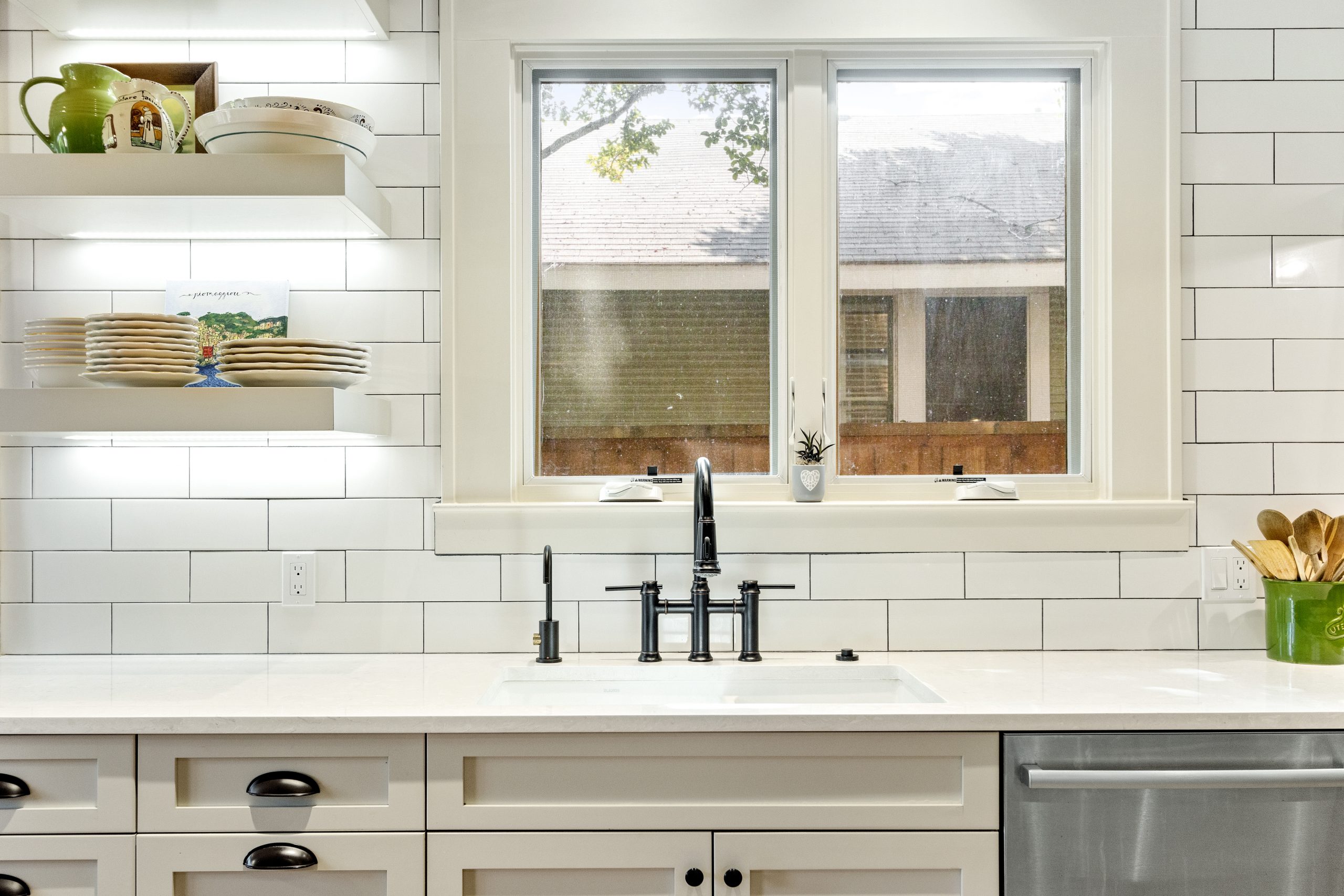 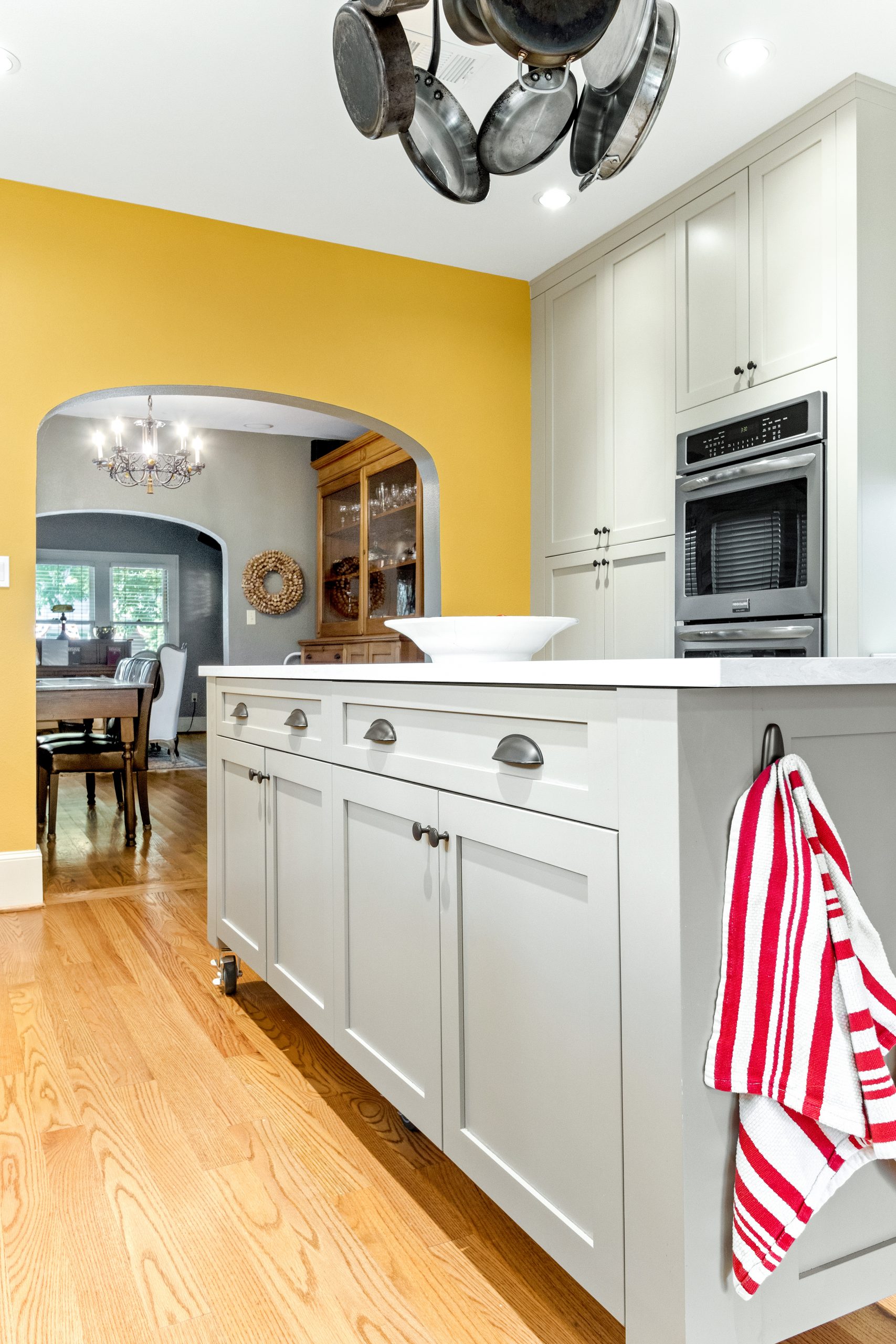 Fun fact: this stunning kitchen has won two awards! First, an NKBA Texas North Plains KABA (Kitchen + Bath Award), 2021 for the “Traditional Kitchen Small” category. You can read more about that here. And second, a NARI North Texas CoTY (Contractor of The Year) Award, 2022 for the “Residential Historical Renovation/ Restoration Under $250,000” category. A deep dive into the before and afters, and project materials, can be found here.